Now in its second generation in the real estate investment business, Rochester New York based Lane, Lane, Dworkin Enterprises (LLD) is a family-owned real estate development, management and brokerage company, formerly known as Sheldon A. Lane Associates. An engineer by education, Sheldon A. Lane, along with his two partners, co-founded Monro Muffler Brake of Rochester, New York.  With a multifaceted approach to development and acquisition, Monro was and continues to be the largest company owned Muffler/Brake chain in the United States. When the company was sold in 1984 and later taken public, Mr. Lane and his partners retained ownership of all real estate owned by the company at that time in various states. These real estate holdings were the first of many real estate acquisitions for Sheldon A. Lane Associates in multiple different asset classes throughout the United States. After Mr. Lane passed away in 1994, LLD Enterprises was formed. Through this transitional period, Mr. Lane’s daughter and son-in-law, Wendy and David Dworkin took the helm and grew the company.

During a competitive bidding process on a Rochester office complex, it turned out David Dworkin was bidding against a familiar face, John August.  John August is son of Burton August Sr. a co-founder of Monro Muffler and friend of Sheldon Lane.  David and John decided to acquire the property in a joint venture and on that day JADD Management was established.

Today, LLD Enterprises and JADD Management jointly operate as a fully integrated real estate firm that specializes in the acquisition, development, brokerage and operation of commercial real estate assets.  Our personal are highly experienced and strive to maximize the value of our investments.

We distinguish ourselves as being hands-on proactive owners/managers, by paying strict attention to details, and by providing professional and responsive services to our tenants and partners.  Our background as owners of commercial properties coupled with our experience makes us uniquely qualified to handle large scale real estate development, acquisition and management.  We strive to acquire, build, operate, and often dispose of assets after maximizing value by operating our portfolio efficiently, economically, and effectively. We look to not only meet the needs and expectations of our investor’s, but to surpass them in our daily responsibilities.

David Dworkin is the Managing Partner of LLD Enterprises and a Partner in JADD Management where he performs a wide range of management, acquisitions and development functions. In conjunction with overseeing all facets of acquisitions, he is also responsible for the origination and negotiation of financing for all real estate projects.

In 2013 Dworkin was part of a group of investors who purchased the National Basketball Association’s (NBA) Sacramento Kings. His ownership interest in the Kings reconnected his family with the NBA team that was formerly known as the Rochester Royals and owned and coached by a Hall of Fame relative, Lester Harrison, until 1958.  Of the 8 remaining original NBA teams, the Dworkin’s are currently the only NBA owners whose family ownership in their original team predates the founding of the NBA.

In 2015 David and his wife Wendy purchased the Rochester Rhinos.  The Rhinos are the only non-MLS team to have won the Lamar Hunt U.S. Open Cup since the formation of Major League Soccer (MLS).  The Club was rebranded as Rochester New York Football Club (RNY FC) in 2021 and was invited to join twenty Major League Soccer teams in a new league called MLS NEXT PRO which debuted in 2022 with 21 teams and will expand to 28 teams in 2023.

Dworkin was the recipient of the 2000 Rochester Business Journal’s prestigious 40 under 40 award. Dworkin was also recognized in 2003 as the New York State Commercial Realtor of Year by the New York State Commercial Association of Realtors (NYSCAR).   Dworkin received the 2001, 2002 and 2003 Rochester Area NYSCAR Chapter Meritorious Service Award as well as receiving NYSCAR’s 2009 Lifetime Achievement Award, the youngest recipient to ever be so honored.   In 2006 Syracuse University honored Dworkin and his wife Wendy as its Most Outstanding Young Alumni of the Year. In 2013 Dworkin and his wife Wendy were honored by The Jewish Community Center of Greater Rochester with the Tikkun Olan (Repairing the World) Award. This award recognizes individuals, families and foundations dedicated to making a difference in the World and in the Rochester Community. In 2016 Mr. Dworkin was inducted into the Rochester Jewish Sports Hall Fame and in 2019 The Syracuse University Alumni Club of Rochester recognized Dworkin and his wife Wendy with their Community Service Award.

Dworkin is the Immediate Past Chair of Greater Rochester Enterprise and a former member of both the Syracuse University College of Arts and Sciences Board of Visitors and the State University of New York at Brockport Foundation Board. He is a board member of the Champion Academy, Allendale Columbia School, the past chair of the John F. Wegman Foundation and former Co-Chair and founding board member of the Young Leaders Club of the United Way of Greater Rochester Inc.  Dworkin is a former board member of two not for profit community development housing corporations; Northwest Development Corporation and Housing Opportunities where he served as board Vice Chair and Treasurer.

John August has spent over 30 years in the real estate business. John oversees the property management, construction and approvals aspects of the company.

Mr. August started his real estate career while employed at Monro Muffler Brake Inc. He was promoted in 1983 to lead the Rochester based automotive repair chain on an aggressive expansion program. He oversaw the creation and operation of an internal real estate department responsible for all aspects of site acquisition, government approvals and construction. Under his direction nearly three hundred stores were opened during the next 10 years, expanding Monro’s presence into 15 new states. In 1988, John was promoted to Sr. V.P and took additional responsibility for the Facilities, Maintenance and Training departments.

Mr. August retired in 1998 after serving Monro for over 26 years, the last 15 years running all phases of facility development and management. Using this vast experience he founded J. August Properties Inc. specializing in commercial real estate development. In 2000 he teamed with investment partner David Dworkin to form JADD Management.

Mr. August is active on various community boards, most recently serving as President of Hillel School in Brighton, NY.

Wendy Dworkin is a partner of LLD Enterprises. She has a Bachelor of Arts degree from Syracuse University and a Juris Doctorate from Benjamin Cardozo School of Law, Yeshiva University. Her responsibilities entail handling the negotiation and drafting of tenant leases for the company portfolio and interfacing, with outside legal counsel pursuant to all contractual arrangements.

In 2013 Mrs. Dworkin was part of a group of investors who purchased the National Basketball Association’s (NBA) Sacramento Kings. Her ownership interest in the Kings reconnected her family with the NBA team that was formerly known as the Rochester Royals and owned and coached by a Hall of Fame relative, Lester Harrison, until 1958.  Of the 8 remaining original NBA teams, the Dworkin’s are currently the only NBA owners whose family ownership in their original team predates the founding of the NBA.

In 2015 David and his wife Wendy purchased the Rochester Rhinos.  The Rhinos are the only non-MLS team to have won the Lamar Hunt U.S. Open Cup since the formation of Major League Soccer (MLS).  The Club was rebranded as Rochester New York Football Club (RNY FC) in 2021 and was invited to join twenty Major League Soccer teams in a new league called MLS NEXT PRO which debuted in 2022 with 21 teams and will expand to 28 teams in 2023.

Jeff Saeger is primarily responsible for the development, construction and operations aspects of the company. Mr. Saeger’s property and people-management skills have been built across 17 years of experience in a wide range of entrepreneurial real estate venues. He was Microtel Franchise and Development’s Corp. first employee, managed a family hotel enterprise for 11 years, and then started JAS Properties LLC focusing on multi-family apartments. Mr. Saeger started working at JADD Management in 2004. He brings an owners perspective with hands on operational experience to the team. He holds a Bachelor of Science Degree from Cornell University School of Hotel Administration.

Michael Smith oversees the leasing process throughout the company’s portfolio, including brokerage services, tenant relations, and marketing. Michael has over 26 years experience in commercial real estate. He began his career in brokerage with such firms as Cushman Wakefield/Pyramid Brokerage and CBRE and after 11 years moved over to the development side with DDR, one of the largest owner/developers of shopping centers in the country. Michael acted as Leasing Director for a portfolio of shopping centers ranging from 5 million – 7 million square feet throughout the Northeast. He has also worked with Fairmount Properties, developer of the $100M mixed-use development College Town at the University of Rochester. In his most recent position, Michael was Vice President of Leasing at The DiMarco Group, a local Rochester NY developer/owner of commercial real estate and construction services, handling retail, office and industrial assets in excess of 3 million square feet for that company. Michael holds an A.A.S. in Retail Business Management as well as a Bachelor of Science in Business Administration/Marketing from Rochester Institute of Technology. Michael has served as a two term President of the Board of Directors for Saints and Sinners, Inc. a local Rochester charity organization and on several committees for Flower City Habitat for Humanity and the American Heart Association. He is also an active and long standing member of ICSC (International Council of Shopping Centers). 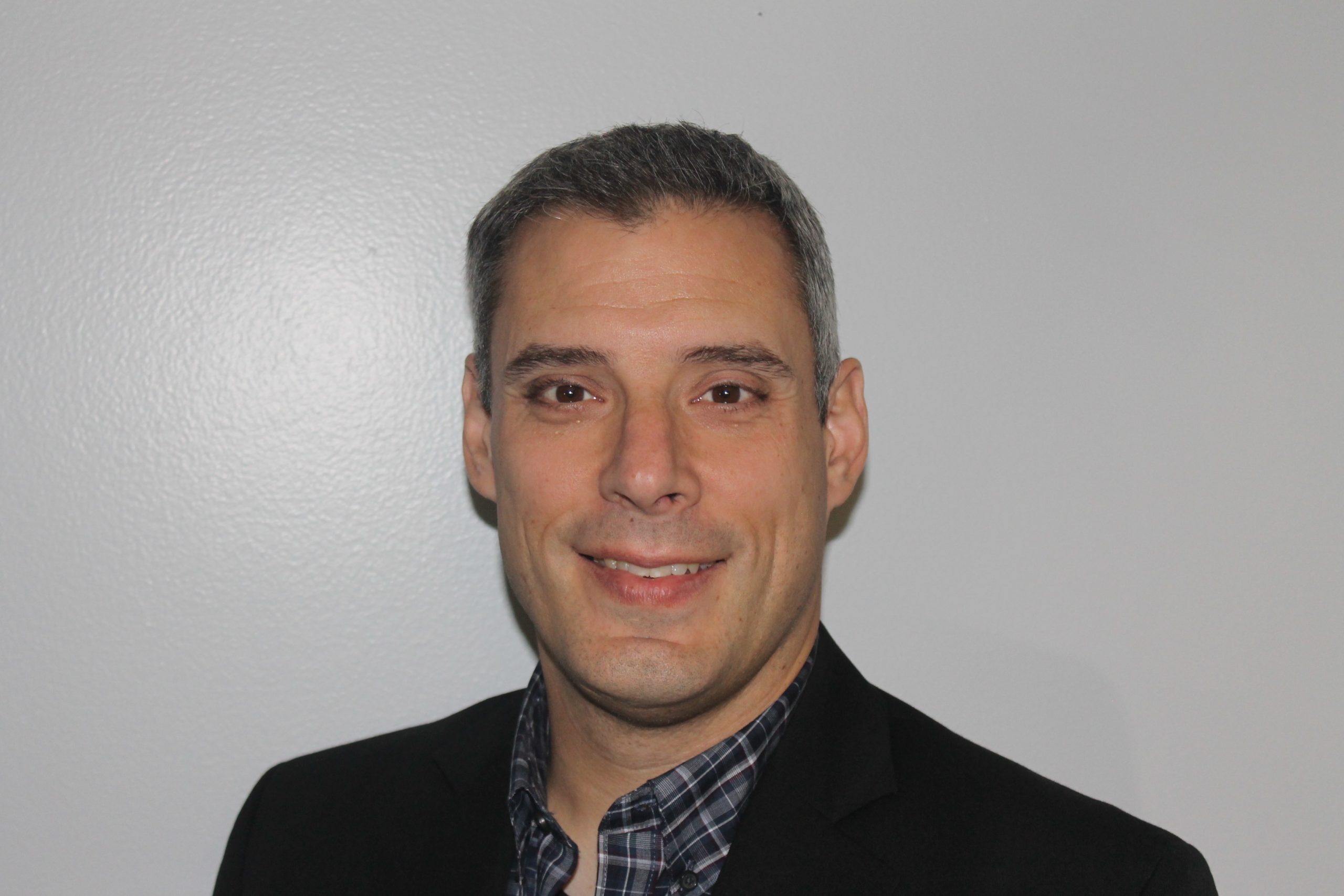 Shane received his Bachelor of Science degree from the State University of New York at Brockport and graduated from the Accounting program at St. John Fisher College. He is licensed as a Certified Public Accountant and Notary Public in the state of New York.

Shane primarily oversees 1.5 million square feet located in 12 shopping centers across 3 states. The joint venture partner of these centers is a publicly-traded Real Estate Investment Trust based in New York City. He is responsible for the accounting, budgeting, financial reporting, debt covenant financial compliance, tenant accounts and collections for this portfolio along with nearly 400,000 square feet of additional commercial real estate.

Shane began his career as an accountant 12+ years ago. He has served in a variety of roles for both public and private business, most recently working as Senior Financial Analyst in FP&A for Carestream Health, Inc., a healthcare equipment manufacturer with headquarters in the Rochester area. Prior to that he was Controller for Waterleau Inc., a proprietary owner and builder of wastewater treatment technology based in Victor, NY

Shane is currently a board member and the Treasurer for Capital on the Edge, Inc. a 501(c)(3) non-profit organization, which serves the plight of young gang members in Nicaragua by way of providing food, housing and education as well as opportunities to share their nation’s culture through visits to North American schools and churches.